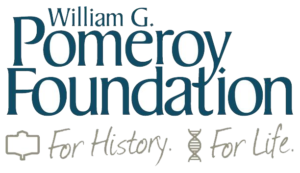 The Pomeroy Foundation, which is a private, grant-making foundation based in Syracuse, N.Y., is providing grants through its National Women’s Suffrage Marker Grant Program in order to support recognizing historically significant people, places or things instrumental to women in gaining the right to vote in 1920.

Historic markers awarded through the program will become part of the National Votes for Women Trail, which is run through the NCWHS and documents the campaign for women’s suffrage that took place over more than seven decades and was conducted in parlors, churches, town halls, parks, union halls, and other community locations.

“The National Collaborative for Women’s History Sites is grateful to the Pomeroy Foundation for their generous support and partnership in helping bring alive through their Launch Marker Grant Program the little known history of the women’s suffrage movement that significantly expanded democracy in the United States,” says Marsha Weinstein, President of the National Collaborative for Women’s History Sites. “  Communities will be able to commemorate with the Pomeroy Foundation’s Historic Markers the places where local grassroots activity took place, thereby recognizing the remarkable efforts of the foremothers who fought to win women the right to vote which will inspire women to vote today.”

“The Pomeroy Foundation is proud to partner with the National Collaborative for Women’s History Sites on this  important effort to develop the National Votes for Women Trail,” says Paula Miller, Executive Director of The William G. Pomeroy Foundation.  “Helping to preserve and celebrate history is one of our main initiatives at the Foundation. With the 100th anniversary of national women’s suffrage less than three years away, we wanted to do our part in recognizing the heritage behind this milestone occasion.”

The program is open to all municipalities, nonprofit academic institution and 501(c)(3) organizations in the United States. Pomeroy Foundation signage grants are fully funded and cover the entire cost of a marker, pole and shipping. The grant recipient is responsible for installation of the marker. For information about this program and how to apply, contact us.