The collaboration between the National Park Service and the NCWHS started at the end of May 2012 with a Cooperative Agreement to work together to improve the country’s historic and cultural resources, especially as they related to bringing women’s lives into the public view. In August of 2012 the groups created the first specific task agreement called the Women’s Heritage Initiative (WHI). It included a conference to inform Park Service employees, preservationists, and women’s historians about the Initiative. See the report here. The initiative also included the preparation of 2 to 3 National Historic Landmark proposals. A fourth NHL proposal was added later. Below are the approved nominations. 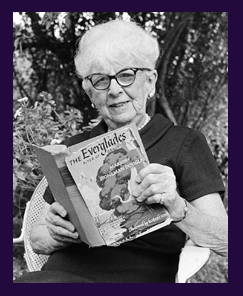 Marjory Stoneman Douglas was one of the nation’s most significant environmentalists. Astonishing in its breadth, her writing and activism on behalf of South Florida’s natural environment spanned much of the twentieth century and permanently reshaped the national understanding of the Everglades. 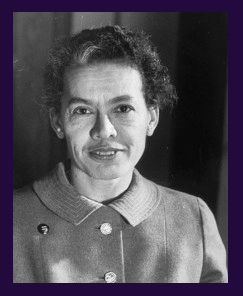 The Pauli Murray Family Home in Durham, NC, is now officially a National Historic Landmark (NHL) as well as a National Trust for Historic Preservation National Treasure. Landmark, Treasure — it is both.

NHL status is granted only to sites associated with very special Americans. Pauli Murray (1910-1985) was one such person. The best word is multifaceted, a diamond who shone in so many directions it’s difficult to single one or two out. She was a lawyer, legal theorist, theologian, feminist/womanist, activist, poet, priest, professor, etc. with determination, intellect, and grit which she needed given the immense barriers put in her way. Pauli Murray died over thirty years ago. Her story challenges all of us to live our values with a strong integrity — as she did.

Murray, repeatedly thwarted for her race and her gender, experimented with non-violent direct action and various gender identities. 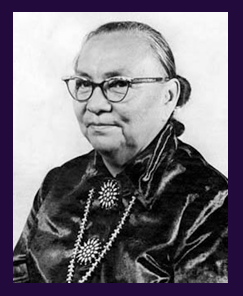 Navajo leader Annie Wauneka, one of the most distinguished and influential twentieth-century Native American leaders, has a career distinguished by accomplishments in health and welfare, political leadership, Indian rights, and empowerment of women. The National Collaborative for Women’s History Sites (NCWHS) and the National Park Service (NPS) embarked on a project in 2015 to recognize her national significance. The 1963 Klagetoh (Leegito) Chapter House, standing within the Navajo Nation in Arizona, is the resource best representing the public life and national significance of Annie Dodge Wauneka. This site was approved in January 2021. 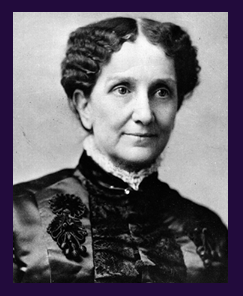 Mary Baker Eddy (born 1821), author of 17 books on the connections between spirituality and health, has the additional distinction as the first American woman to found an enduring worldwide religion, and the founder of The Christian Science Monitor. In November 2016, the NCWHS and the Longyear Museum began a collaboration that led to the December 2018 National Historic Landmark nomination for her home at 8 Broad Street, Lynn, Massachusetts. The nomination was approved for the Mary Baker Eddy House in January 2021.