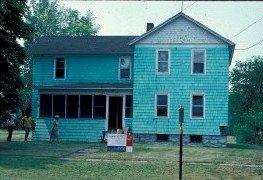 Those of us who are the intellectual granddaughters of Gerda Lerner deeply mourn her passing. We remember her determination, her energy, and her constant calling us to do still more—as she had. When we learned her own history we understood better—the high school student who resisted the Gestapo, the immigrant, the writer who turned to history. She always seemed so powerful, even enjoying intimidating those who couldn’t keep up with her. She challenged us to think more of ourselves and of the world, to recognize the power women had long had even in the face of strong opposition to their power. When we celebrated her election as President of the Organization of American Historians by giving her bread and roses, she somberly reminded us of all the women ”lost” on the way to such celebrations, all the women who were not there with us.

Gerda Lerner, Ann Firor Scott, and those other ”grandmothers” of women’s history argued for intellectual inquiry when other historians greeted such research with skepticism, even hostility. These historian-colleagues argued there weren’t enough primary sources. In 1976 the first systematic search for primary sources the Women’s History Sources Survey encountered strong doubts whether there were primary sources to be found in women’s history (there were copious sources). Others derided the idea that there was even ”enough” women’s history to write about it. Gerda Lerner was ahead of them when she published Black Women in White America in 1972, already pushing beyond white middle-class suffragists that fascinated so many eager historians who shrank from broader searches. Gerda Lerner went on to publish The Majority Finds Its Past, putting before us that women were no minority at all but an essential part of all human groups. Her subsequent books pushed intellectual boundaries further; her personal mentoring did even more.

And always she pushed, pulled, nudged, challenged, and loved us. She expected us to excel. When she visited the Elizabeth Cady Stanton home in the newly opened Women’s Rights National Historical Park in Seneca Falls, New York, she strode across the lawn, eager to go inside the home, then painted a shocking and most historically inappropriate shade of turquoise. We followed behind as fast as we could. She was always ahead of us.

In recent years, Gerda Lerner’s voice has been softer, partly by her aging, partly because of our energy and clamor. Now we say goodbye to that strong clear voice, grateful to have heard it and knowing that she expects us to carry on the struggle and to excel. Excelling will be the best tribute we can give to her generosity to us. Thank you Gerda Lerner, thank you so very much.

1967 The Grimké Sisters from South Carolina: Pioneers for Woman’s Rights and Abolition

1977 The Female Experience: An American Documentary

1979 The Majority Finds Its Past: Placing Women in History

1986 The Creation of Patriarchy

1993    The Creation of Feminist Consciousness: From the Middle Ages to Eighteen-seventy

1997  Why History Matters: Life and Thought