NCWHS board members speak at the National Archives 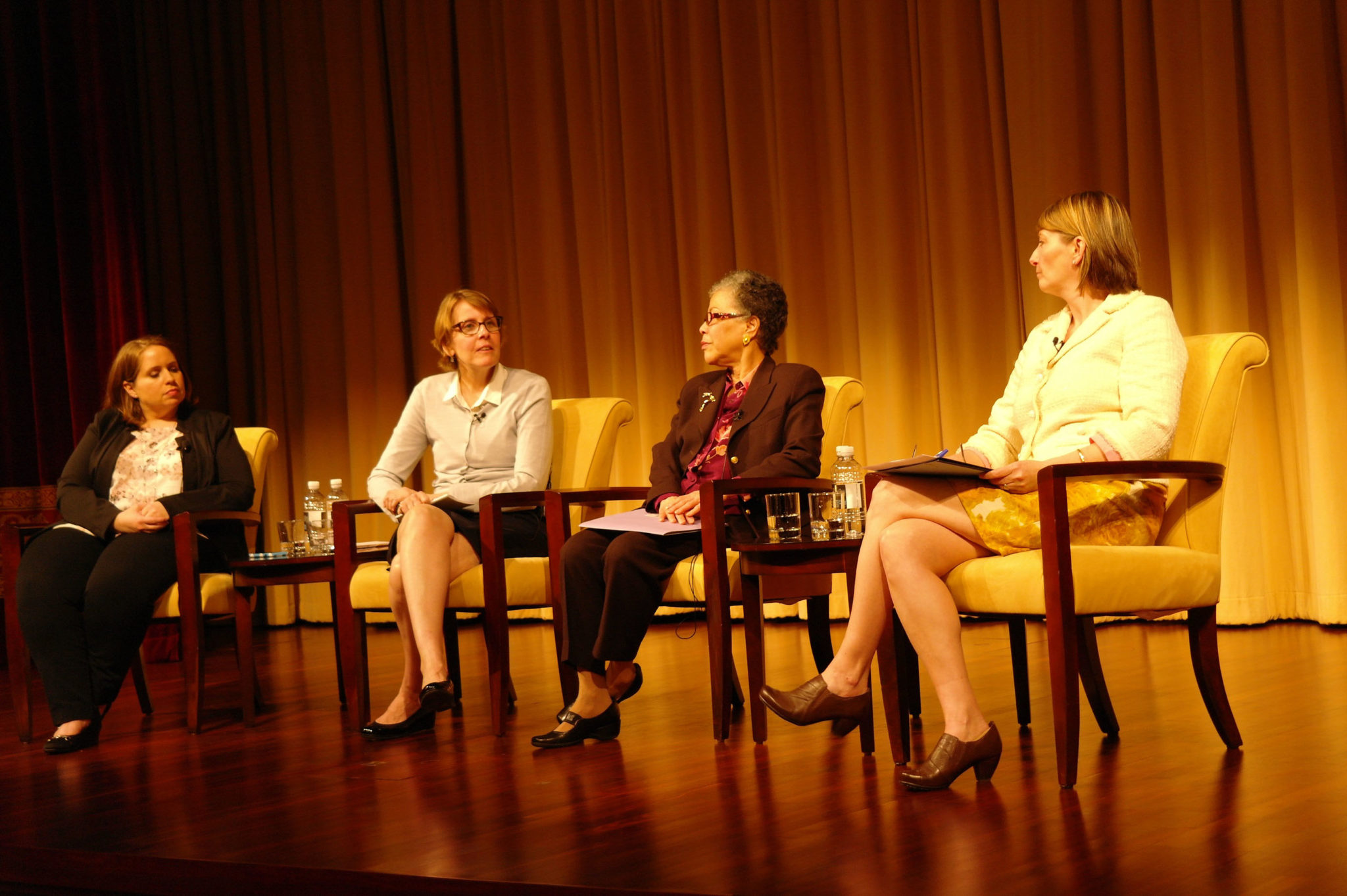 A joint program between the National Archive Experience and the Sewall-Belmont House & Museum was held at the McGowan Theater in Washington D.C. on March 31, 2015.  Part of the ongoing partnership between the two organizations as part of their greater programming efforts around Women’s History Month, the moderated discussion “Temperance and Woman Suffrage: Reform movements and the women that changed America” brought together Lori Osborne of the Evanston History Center, and Page Harrington of Sewall-Belmont House & Museum, both members of the NCWHS Board of Directors; as well as Kristina Myers of the Alice Paul Institute and Professor Emerita at Morgan State University Dr. Rosalyn Terborg-Penn, to discuss the overlap between the Temperance and Woman Suffrage movements of the late nineteenth and early twentieth centuries.

Both movements created opportunities for women to organize for social, economic, and political change that would directly impact the welfare of their families. Support for the temperance movement through the largest women’s organization, the Woman’s Christian Temperance Union (WCTU) opened the door for women to work not only for temperance, but for issues including improved working conditions for wage-earning women, improved public education, and political equality. Taken together, these reform movements provide a fascinating study of the individuals who participated in both movements, the organizations they created, and women as the driving force behind significant change in the United States.

Focusing on Frances Willard, Mamie Dillard, Mary Ann Shadd Cary, and Alice Paul, the panelists discussed the early influences of family, religion, and the traditional roles/place in society for the women that led them to participate in both movements as well as the economic, geographic, and racial barriers that often discouraged or outright prohibited a place for women in political discussions.  The panelists also delved into the differences in gender roles: did the women consider themselves to be a “helpmate” to the men or seen as fully equal participants? Was her participation based on an inherent “right” to be able to participate, or was it her duty as a woman to work toward the betterment of her family? The evening ended with a spirited Q&A session between audience members and panelists.  The program can be seen on YouTube and will also be rebroadcast on CSPAN.