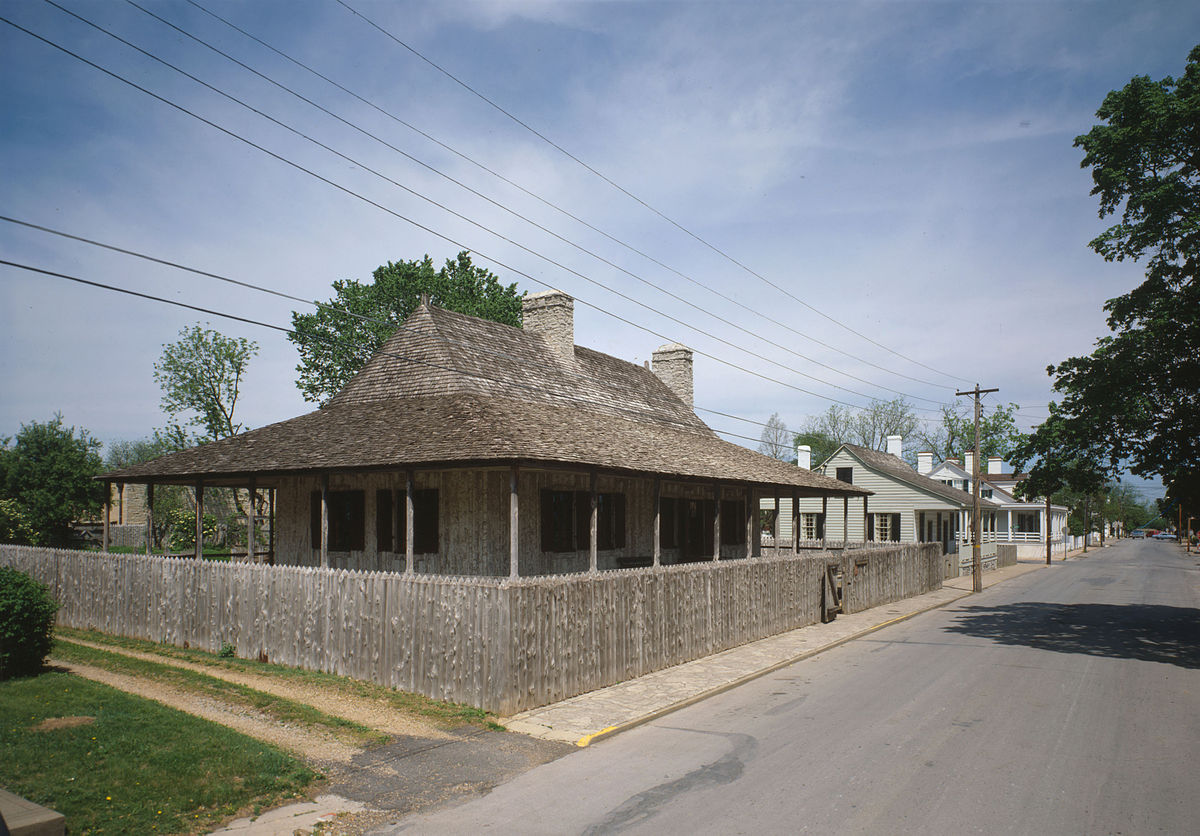 Today, Ste. Genevieve Missouri is no longer in sight of the Mississippi River but its French colonial architecture, its sense of itself as being French remain. The town is especially famous for its French construction methods of “poteaux sur solles” and “poteaux sur terre” – vertical logs on a horizontal sill or vertical logs directly in the earth with commodious porches wrapping around all four sides.  Once the center of a thriving port and trading place, whose Grand Champs, or Big Field, grew wheat for the French craving their bread in New Orleans, today it has several museums and historic sites.

The Bolduc House Museum run by the National Society of the Colonial Dames of America has the home of Louis Bolduc and his third wife, Marie Courtois Bolduc, as well as the Bolduc-LeMeilleur home. They have recently acquired another completely unrestored home which also has French vertical log construction as well as a future museum building. The Bolduc House has the makings of a site that authentically portrays French Colonial life on the west side of the Mississippi, especially in “northern Louisiana” where lead was mined and salt produced as well as furs traded, and where some French previously living in Illinois fled when the British won the east side of the Mississippi River in 1763 after the French and Indian War.

The interpretation at the Bolduc house was excellent in explaining the family, their lives, their enslaved workforce and their values.  It culminated with a thoughtful explanation about Marie Courtois Bolduc who became La Veuve (the Widow) Bolduc who moved into the “kitchen” room when she got half her husband’s estate following French law and custom—in contrast to only one third allotted under English law. Here we could see the room and space, and understand the effects different inheritance laws had upon women when they became widowed.  An exhibit on Africans brought to Louisiana was also excellent. The women’s histories were well woven throughout the presentation.

The Felix Vallé State Historic Site interprets several late 18th/early 19th century buildings, with washhouse, elegant parlor and dining room with the trading post complete with bear and beaver skins, calico and top hats on the other side of a plainly-curtained window.  Unfortunately, the very friendly and enthusiastic interpreter there began in the washhouse by telling me that “you’d come in here, take your bath and then do your laundry” and that the flat stones laid on sand were designed as a perfect drain…. I surprised him when I explained that as a white male it was unlikely that he would have done his own laundry in a household with enslaved people. While objects such as the washtub and calicos in the refurnished rooms showed women clearly present, Mme. Odile Vallé was missing.