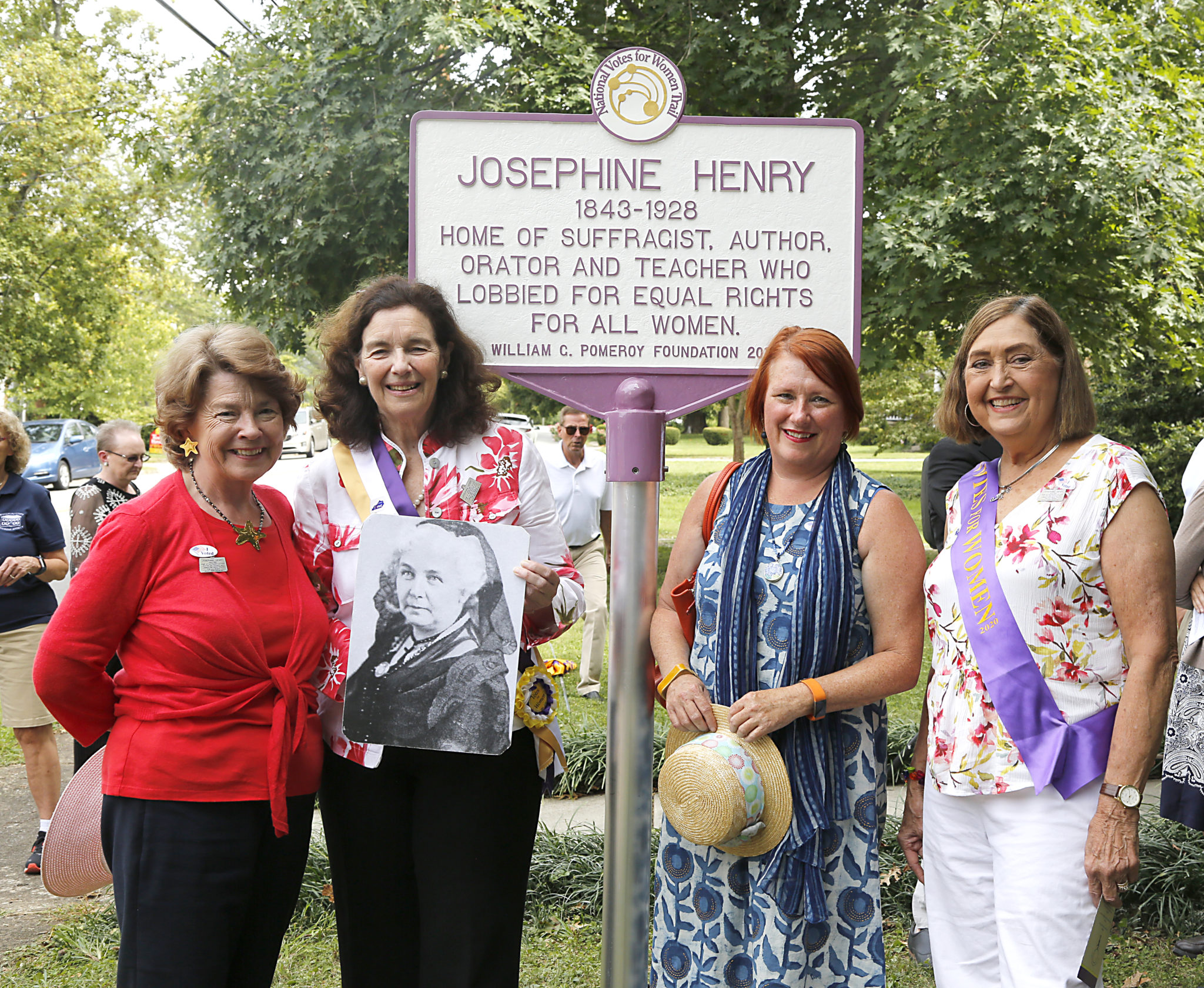 By Lauren HarrisSeptember 16, 2019 No Comments

Josephine Williamson married in 1868 Capt. William Henry, a former Confederate soldier and principal of a school for boys in Versailles. She and Laura Clay founded the Kentucky Equal Rights Association in 1888, and became a featured speaker for the KERA across the state. She was the Prohibition Party candidate for clerk of the Kentucky Court of Appeals in 1890 and 1894, and thus became the first woman in the South to run a public campaign for a state office. In the 1890s, she worked with KERA to lobby the legislature for various reforms – the most important for her was the passage of the 1894 Woman’s Property Act. She was the first woman to run for statewide office in Kentucky and is credited with passage of the 1894 Kentucky Married Woman’s Property Act. On November 14, 1897, Mrs. Henry was nominated as the Prohibition Party candidate for president. Josephine and her husband, Captain William Henry, lived at this home that originally was part of a larger plot of land – they called it the “Home Place” to differentiate it from another building they owned where Captain Henry had originally located his Academy for Boys (now 246 Montgomery Avenue). In 1880, the Henrys began to offer a co-ed academy, and Josephine Henry was the “Principal Musical Department.” At least by 1889, the Henry Academy is located at their home (now 210 Montgomery Avenue) – this is the house, complete with a cupola then, that is in the photograph in the newspaper that featured the Henry Academy on September 6, 1889. The property around the house was largely undeveloped and eventually they sold parcels over the years to homeowners. For example, the Henrys bought the lot for 224 Montgomery Avenue in 1875 and sold it in 1900 to Victoria Gray and Irvin Railey. The Railey’s built the house that now stands there. Josephine Henry died at the age of 84 on January 8, 1928, in her home after suffering a stroke in the year before.