Hit enter to search or ESC to close
News

Meet the Newest Members of the NCWHS Board 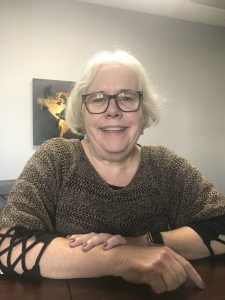 Andrea Malcomb is Director at Historic Denver’s Molly Brown House Museum. She is focused on elevating the house museum as a nationally recognized women’s history site while also expanding the museum’s education partnerships across Denver. Under her leadership, the museum has elevated its public history impact through programs and interpretation that superimpose feminized narratives of historical events onto contemporary place-based activities, prompting audiences to explore a new, woman-centered dynamic between past and present.

This has led to education curriculum that elevates diverse stories of place-making, establishes higher standards for collections care and accessibility, and generates programming for evolving audience needs. Malcomb has also ensured the historic house will stand for another century with the recent completion of $1million+ in capitol restoration and the addition of accessible programming spaces.

She has served on the NCWHS RIC since 2018 and is in a second term on the Historic House Museums Committee of AASLH. She enjoys reading, cooking, championing for women’s rights, sits on the Board of Irish Network CO, and volunteer’s with the League of Women Voters.

“As the director of a museum dedicated to one woman’s story, it is an honor to join the Board of the NCWHS and be counted among professionals both knowledgeable and passionate about women’s history within their respective spheres. Under this leadership, the NCWHS is leading the way in ensuring that public history is inclusionary of all those underrepresented stories previously left out of the history books.”

Get to know the rest of our Board at ncwhs.org/about/board-of-directors/.