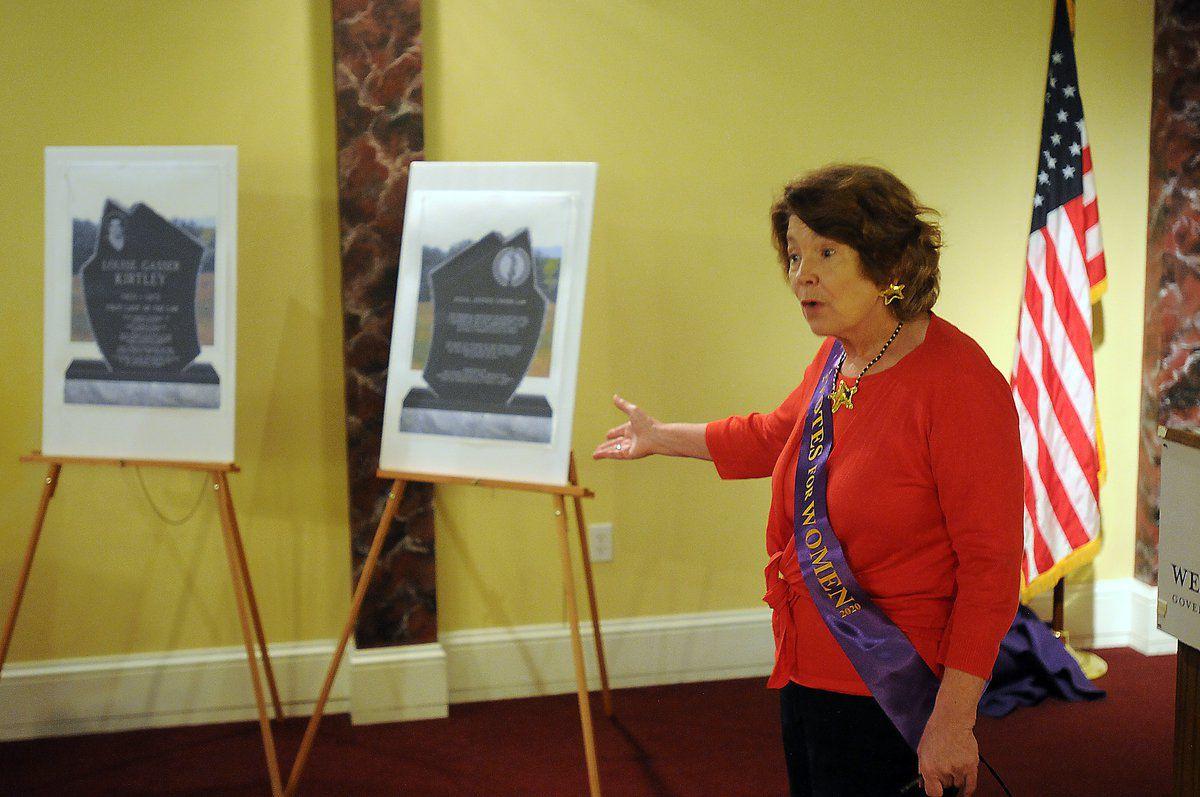 Never, ever give up if you are on the path to righteousness Marsha Weinstein said Sunday during the Women’s Equality Day event at the Owensboro Museum of Science and History.

Weinstein was the guest speaker during the event that was organized by the American Association of University Women and the OMSH. Her presentation, titled Kentucky Commemorates the Womens’ Suffrage Centennial, described some plans in motion for the upcoming celebration for 100 years of women having the right to vote. She is the current president of the National Collaborative for Women’s History Sites, which, in conjunction with many groups across the country, is working to establish U.S. historical markers to honor women’s participation in American life.

Specifically, Weinstein and the NCWHS are working to develop a National Votes for Women Trail which will highlight and document the suffrage campaign across North American.

“This is very, very important,” she told the crowd of about 50 gathered for the presentation. “We need to learn the history of and value the rights of all people.”

She said big, social changes begin at the grassroots level, which is why she and the NCWHS are reaching out to individuals across America to contribute to this cause.

The first historical markers have already been placed, and they began in Kentucky in March with one in Louisville honoring Susan Look Avery, who was a founding member of the Louisville Equal Rights Association in 1889. Other markers since put in place are for Mary Ellen Britton, a physician and educator based out of Lexington, and Mary Barr Clay, Kentucky’s delegate for the National Women Suffrage Association.

With more than 1,000 markers already in place, Weinstein said the NCWHS is seeking more suggestions for women’s suffrage marker sites. Suggestions may be made on the ncwhs.org website.

“We are very eager to get more markers in western Kentucky,” Weinstein said.

Also discussed during the event were upcoming events planned locally next year in honor of the 100th anniversary of women having the right to vote.

Aloma Dew, with the Owensboro chapter of AAUW, said there are six events already planned for next year’s local celebration, which include a march and the unveiling of the first of many women’s memorial granite plaques to be placed around the county.

The first memorial plaque, which was announced Sunday, will commemorate Louise Gasser Kirtley, the first woman to serve as president of the Daviess County Bar Association, which will be placed on the Daviess County Courthouse lawn, across from Kirtley & Kirtley law office.

Dew said it’s important to remember all women and men who took part in the suffrage movement because “we did not do this by ourselves.”

“We are standing on the shoulders of many women who came before us,” she said.