Hit enter to search or ESC to close
News

The Women’s Museum of California will host a festival on Saturday, August 27th from 11:00 AM – 5:00 PM that will celebrate gender equality and promote civic engagement. 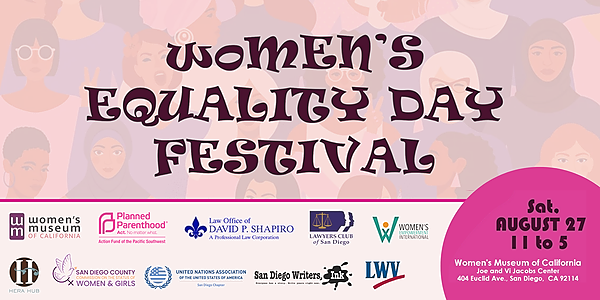