A National Votes for Women Trail marker for the Alpha Suffrage Club was unveiled on Friday October 1 in Chicago. The Alpha Suffrage Club was founded in 1913 by journalist and activist Ida B. Wells and its meetings took place in the Negro Fellowship League building which was formerly located at 3005 South State Street. The goal of the club was to “use the vote for the advantage of ourselves and our race,” as Wells said. From its founding, ahead of the 1913 Washington D.C. Suffrage Parade, the club provided representation for Black women who had been largely excluded from the existing local and national suffrage organizations. The Club provided Black women a place to work on civic matters of importance to them, and to work to secure voting rights for all Americans. By 1916, the Club had a membership of nearly 200 and was producing a newsletter and creating a powerful political network in the city and beyond. 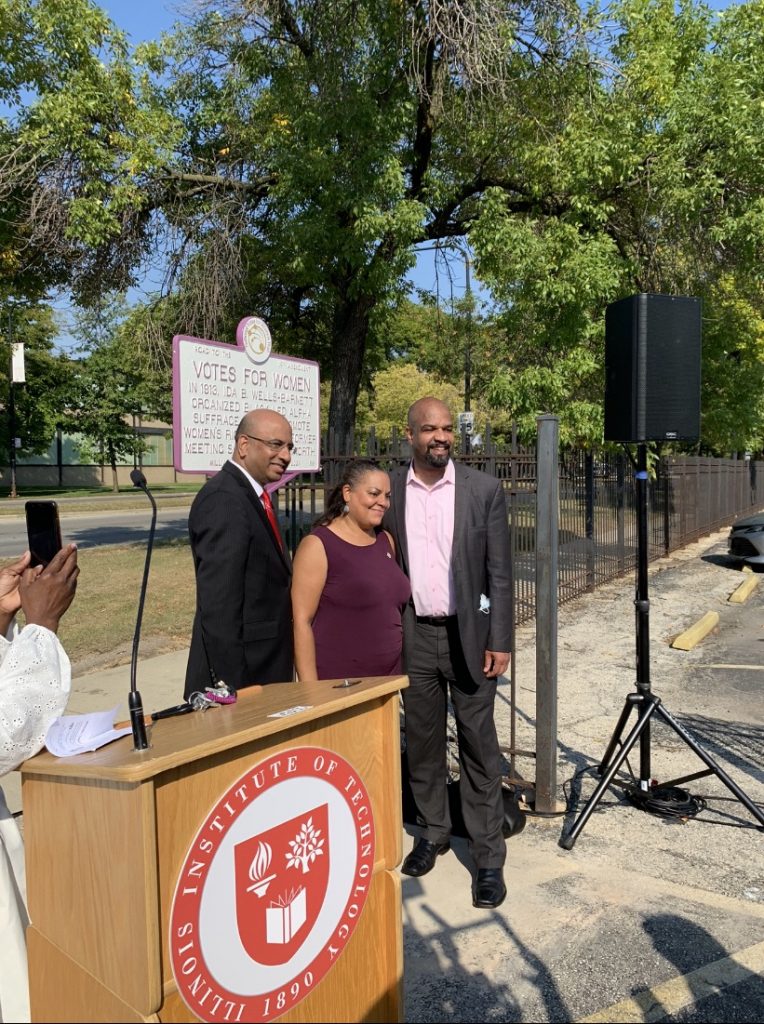 The site for the marker is located on the campus of Illinois Institute of Technology. The October 1 unveiling included a performance by the Vandercook School of Music chamber choir, singing suffrage songs chosen for the day – and remarks by IIT President Raj Echambadi, local politicians, Michelle Duster, the great granddaughter of Ida B. Wells, and Lori Osborne, NCWHS board member and Illinois Coordinator for the Votes for Women Trail. A reception was held afterward on campus with music and a dramatic performance. 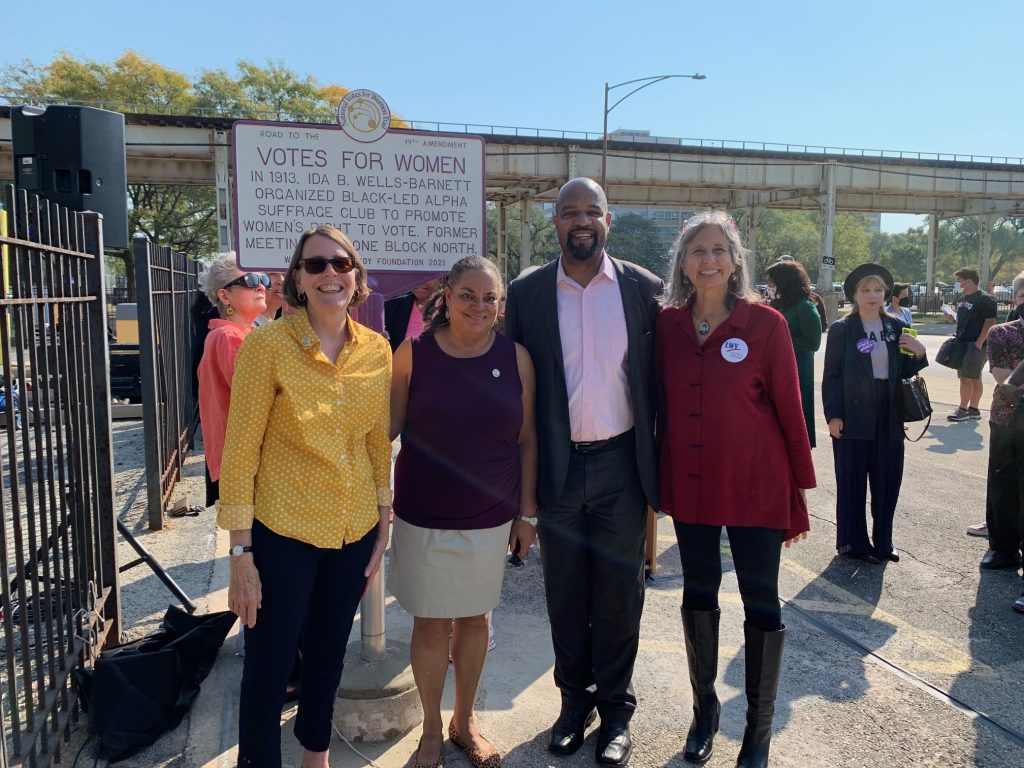 For more about the Wells, the Alpha Suffrage Club, and its place in suffrage history, visit www.suffrage2020illinois.org.

Watch the unveiling ceremony courtesy of the League of Women Voters of Chicago.