The cold and snow did not stall the fifth installation of a suffrage marker in Austin, Nevada on March 10, 2022. The collaboration between the NCWHS and the Pomeroy Foundation recognized educator Frances Williamson for her work building interest in the woman suffrage campaign in 1894 with the formation of the Lucy Stone Non-Partisan Equal Suffrage League in Austin. 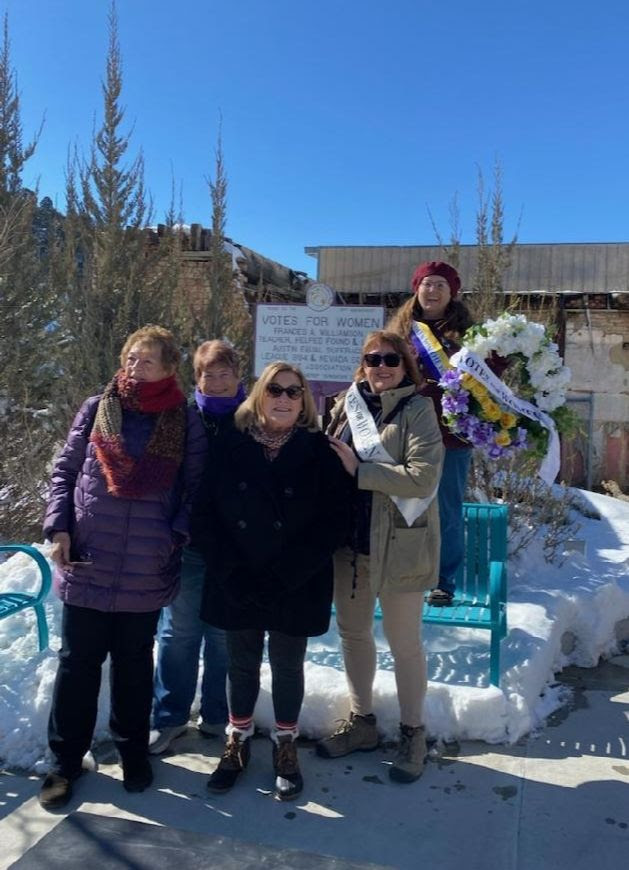 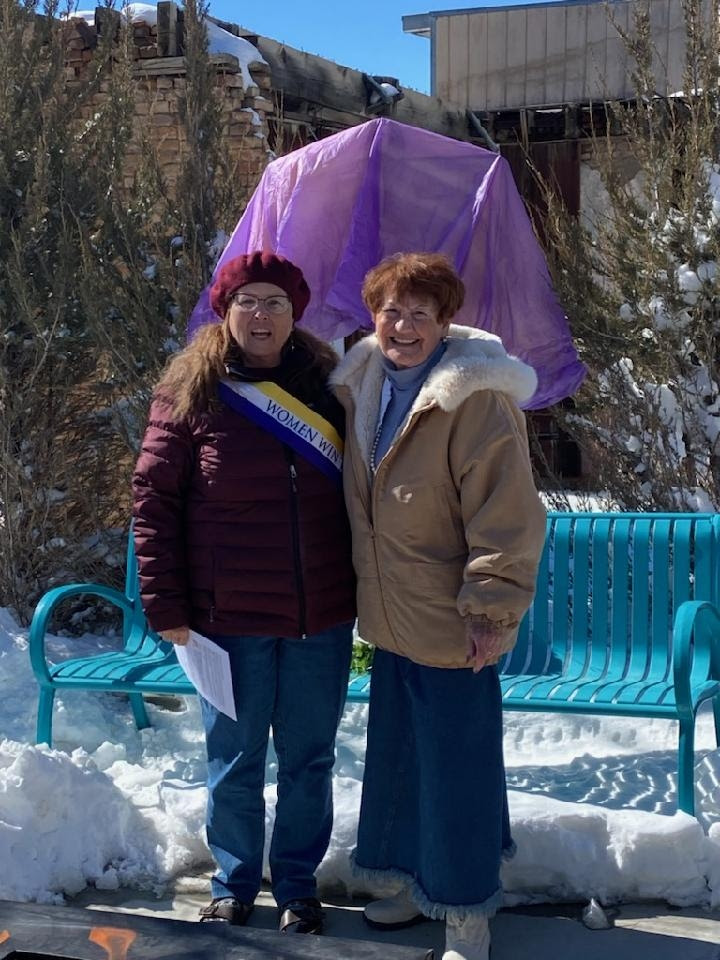 The Austin suffrage marker was the result of a collaboration between the NCWHS, Mona Reno of the Nevada Women’s History Project, and Lander County Commissioner Patsy Waits.