CHEYENNE, WY – In 2020, the National Collaborative for Women’s History Sites (NCWHS) and the William G. Pomeroy Foundation partnered to launch a new historic marker program commemorating the history of women’s suffrage in the United States. Today, Wyoming’s first historic marker has been dedicated at the Cheyenne home of Esther Hobart Morris. 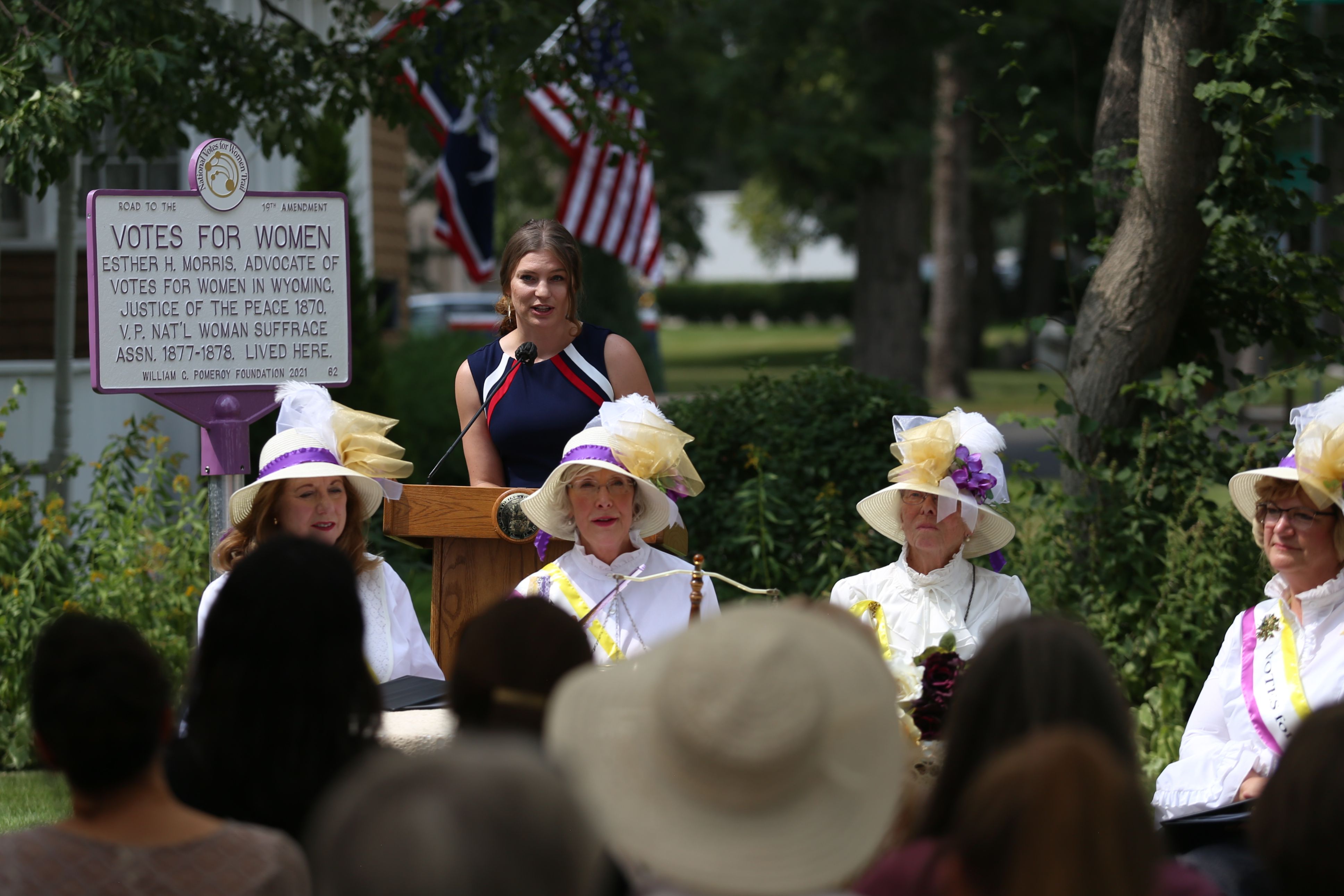 Since 2006, the William G. Pomeroy Foundation has been providing grants to place markers which celebrate communities and honor their historic sites. In 2020, to celebrate the centennial of the passing of the 19th Amendment, the Pomeroy Foundation partnered with the NCWHS to launch its latest program which provides grants for 250 markers which recognize historically significant people, places or things instrumental to women in gaining the right to vote nationally in 1920. A right women in Wyoming have held since 1869. Recognizing Wyoming’s importance in the fight for women’s suffrage, members of the Wyoming Secretary of State’s Office applied to have a marker placed in the Cowboy State.Today, Wyoming’s first marker has been dedicated at the former home of Esther Hobart Morris with the consent of its current owners, John and Maria Kopper. Esther Hobart Morris was the first female Justice of the Peace in the United States. She was appointed in February of 1870 in South Pass City, Wyoming. Esther Morris was a prominent supporter of Wyoming Legislative Council President William Bright’s 1869 suffrage bill that not only allowed women the right to vote, but to also hold office. 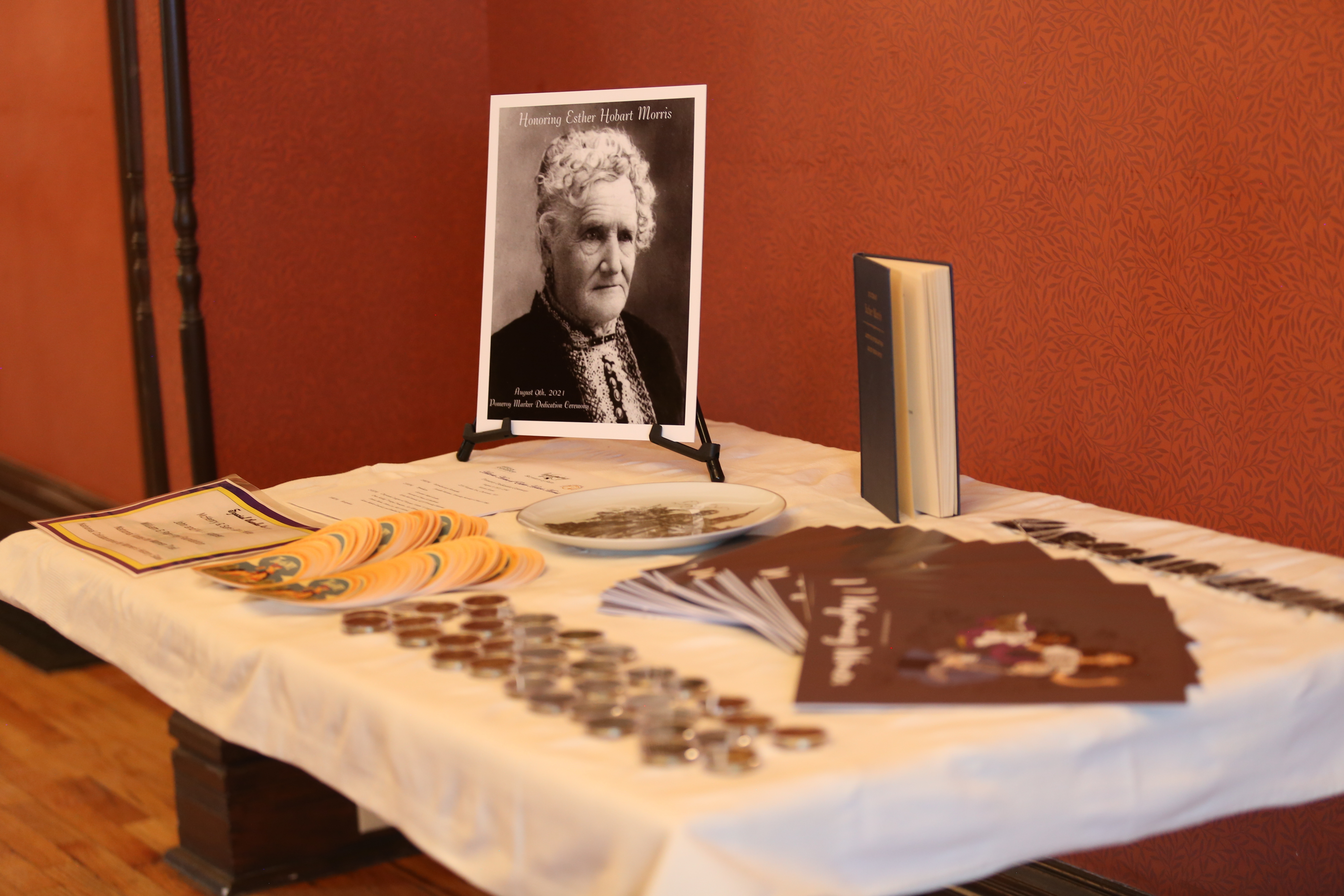 Today’s public dedication was attended by Governor Mark Gordon, First Lady Jennie Gordon, Secretary of State Ed Buchanan and several members of the State Legislature. In his comments, Secretary Buchanan noted, “This home was the residence of Esther Hobart Morris from the 1880’s until April 3, 1902 when she passed away. She is buried in nearby Lakeview Cemetery. Here, in the shadow of the State Capitol, she continued to support the rights of women after a career as a justice of the peace and an 1876 term as vice president of the National American Woman’s Suffrage Association. Recognition of this home will help bring her story to the attention of the many tourists who frequent Cheyenne each year.” 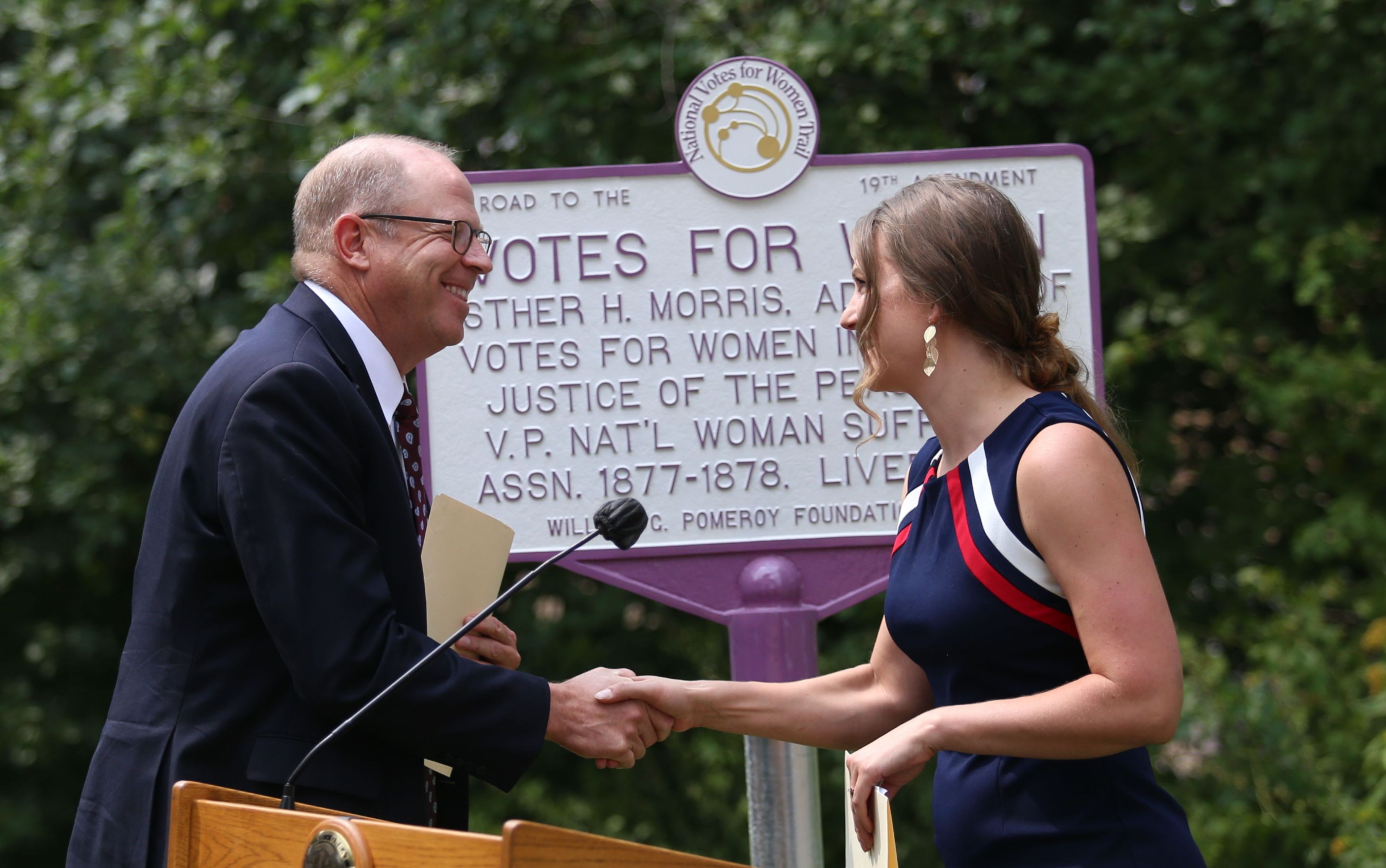 The marker is located at 2114 Warren Avenue in Cheyenne. The public is welcome to come and view the marker and encouraged to use the visit as an opportunity to learn about the life and contributions of one of Wyoming’s most prominent historical figures.Contact: Monique Meese
Email: monique.meese@wyo.gov
Images submitted by Kodi Gerhold, NVWT Wyoming State Coordinator
https://www.wyomingnewsnow.tv/2021/08/12/wyomings-remarkable-woman/
Donate to NCWHS Donate