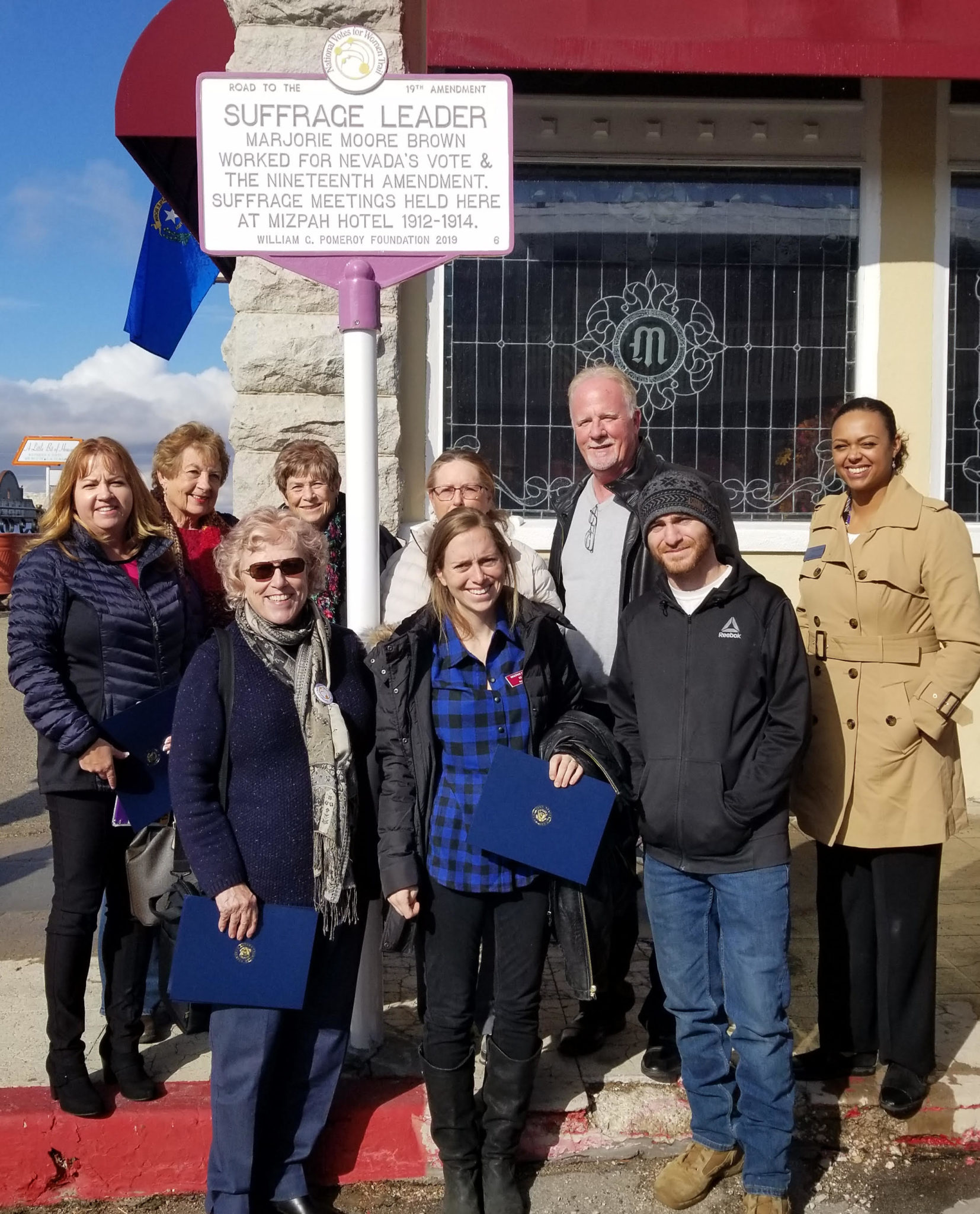 By Lauren HarrisDecember 10, 2019 No Comments 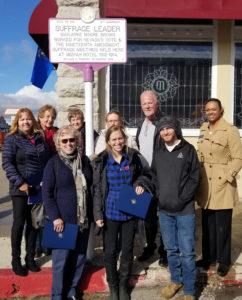 The first Nevada suffrage marker was installed on 11/22 at the Mizpah Hotel in Tonopah, NV. NCWHS board member Goodwin worked with representatives of the Hotel and with the Town Board to gain permission.

The first installation of a suffrage marker took place on November 22, 2019 at the Mizpah Hotel in Tonopah and honors Marjorie Moore Brown whose work in the state’s second largest city in the center of the state proved vital to the state’s early success and important in the national campaign. The Mizpah Hotel provided meeting rooms for the suffrage league and hosted out of town suffrage speakers.

In 1912, the Nye County branch of the Nevada Equal Franchise Society (NEFS) organized and elected Brown press secretary. This responsibility included sending suffrage news briefs to local papers on a regular basis. The Tonopah Daily Bonanza opposed woman suffrage and never missed a chance to dismiss the voice of those who supported it. Nevertheless, Brown’s reputation and work kept the movement in the press. At the 1913 Nevada Equal Franchise Society meeting, Brown was elected second vice-president. Her support for Anne H. Martin’s state leadership became essential in 1913 when a split in the organization threatened to destabilize progress at a crucial time. Brown’s support maintained the county branch and the cohesion of the state organization. In 1914, the final year of the campaign, Brown was elected Third Vice-President of the NEFS. That fall, 70 percent of Nye County’s male voters voted yes and joined other counties to pass woman suffrage. Brown continued to support the national campaign and worked with two national organizations, the National American Woman Suffrage Association and the National Woman’s Party, for passage of suffrage in other states.