By Lindsay Hinkle August 23, 2021 No Comments
Pembina, North Dakota – A special program dedicating the new historic marker honoring Ojibwa attorney Marie Louise Bottineau Baldwin (1863-1952), a member of the Turtle Mountain Band of Chippewa, took place on Thursday, July 8 from 12:30 pm to 1:30 pm at the Pembina State Museum. Located on the grounds of the museum, the marker, part of the National Votes for Women Trail, recognizes Baldwin as an advocate for votes for women. 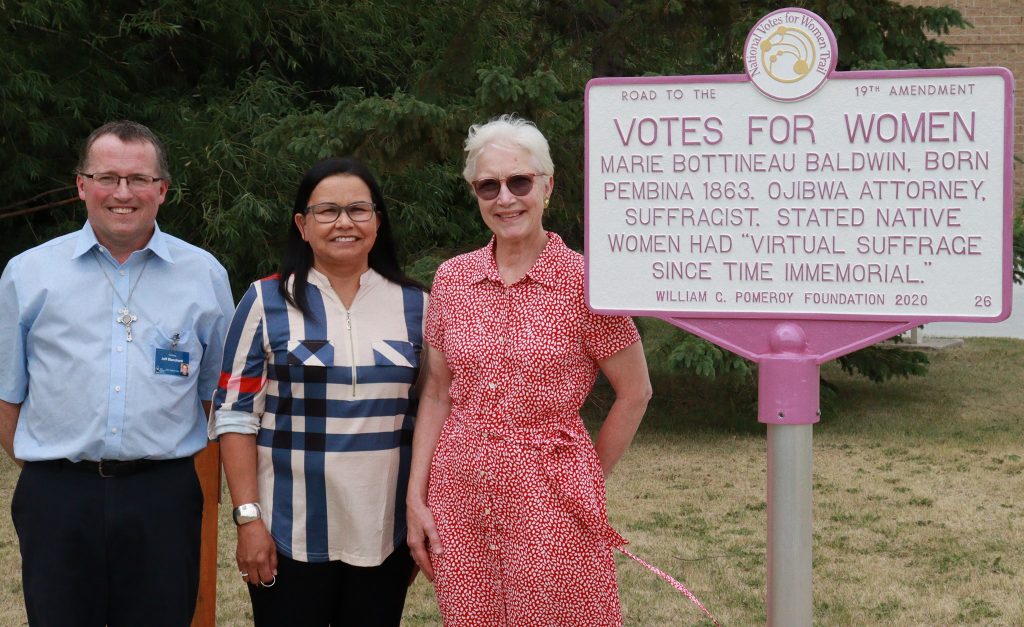 As a prominent, well-educated woman, Marie Baldwin embraced the traditions of her heritage and of the suffrage movement, while she worked for the Department of Education in the Office of Indian Affairs (1904-1932).

Susan Wefald, North Dakota Coordinator of the National Votes for Women Trail, noted, “Baldwin’s thoughtful support for woman suffrage made the news, and helped the suffrage movement.” Newspapers all over the country quoted her remarks in 1913 when she stated, “As for the Indian women, they have had virtual suffrage, also the power of recall, since time immemorial. Whenever they were dissatisfied with a chief of the tribe all they had to do was to make their wishes known and he was promptly ‘recalled’.”

Although Baldwin (1863-1952) lived in many different places throughout her life, Pembina was chosen for the marker because it was her birthplace. 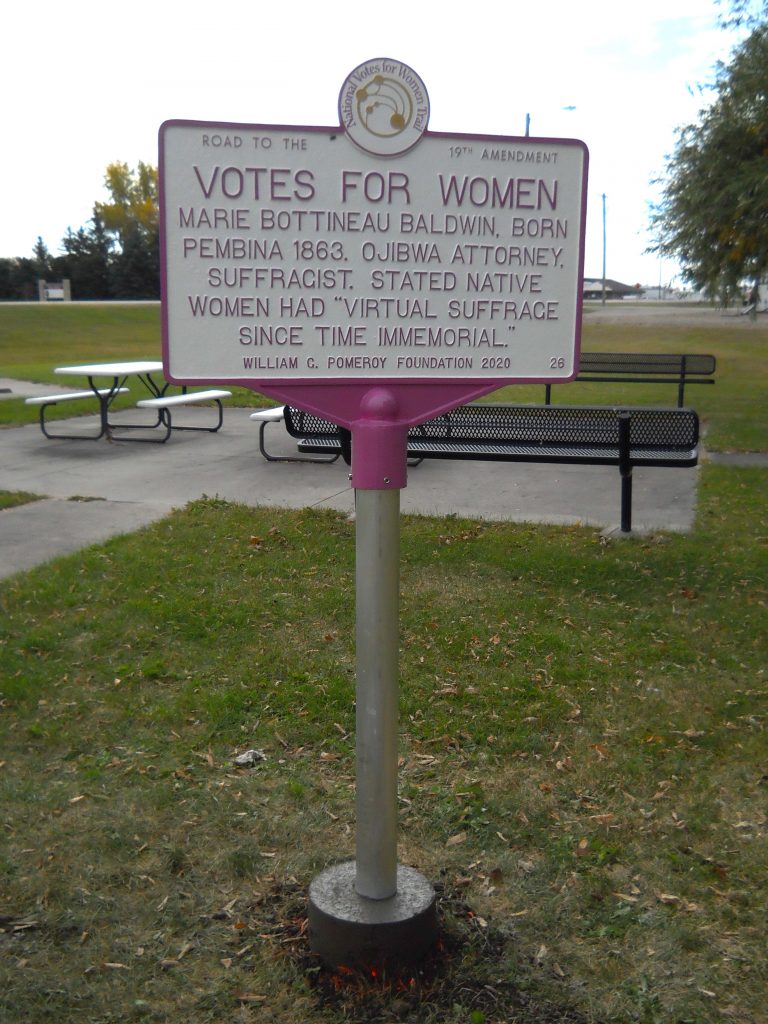 The Pembina dedication was part of North Dakota’s “Celebrating 100 Years of Votes for Women 1920-2020.”  The North Dakota State Historical Board approved placement of the marker on the grounds of the Pembina State Museum and were in attendance at the dedication.

The tribute is a part of the National Votes for Women Trail funded all across the country by the William G. Pomeroy Foundation of New York. The North Dakota Woman Suffrage Centennial Committee led the effort to secure five markers for North Dakota. The markers are now located in Pembina, Grand Forks, Fargo, Valley City and Beach, North Dakota.