Dover, Delaware, June 26, 2021 – At a ceremony dedicating the state’s first Pomeroy Marker in honor of suffrage leader Mabel Lloyd Ridgely (1872-1962), The Honorable Lisa Blunt Rochester, Delaware’s at-large representative in the U.S. House, provided inspiring words connecting the struggle for woman suffrage with the continuing effort, 101 years later, to secure the voting rights of all American citizens. Also in attendance were members of the Delaware League of Women Voters, Dover Mayor Robin R. Christiansen, Ridgely descendants, Lucienne Beard of the National Collaborative for Women’s History Sites, and an enthusiastic group of supporters from around the state. 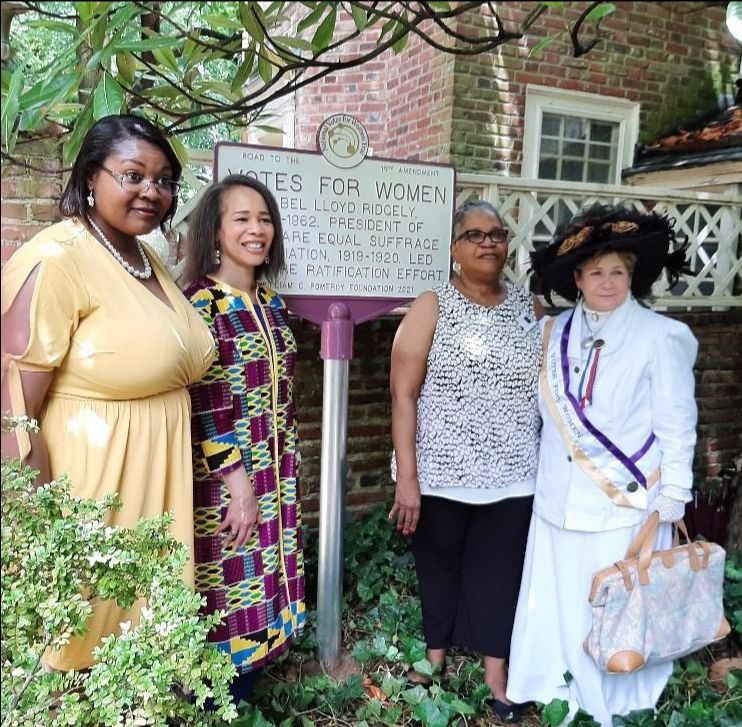 The marker was placed at the historic Ridgely house, a short walk from Delaware’s Old State House. As president of the Delaware Equal Suffrage Association, Mabel Ridgely held strategy meetings in her home and regularly lobbied at the State House on behalf of women’s voting rights and for ratification of the 19th Amendment. In 1920, she became the first president of the Delaware League of Women Voters and headed the state’s Women’s Joint Legislative Committee, a bi-partisan group advocating for issues related to women’s and children’s welfare. In 1982, she was inducted into the Hall of Fame of Delaware Women. In recognition of her efforts to preserve Delaware’s history, the research room at the new Public Archives building was named in her honor in 2001. 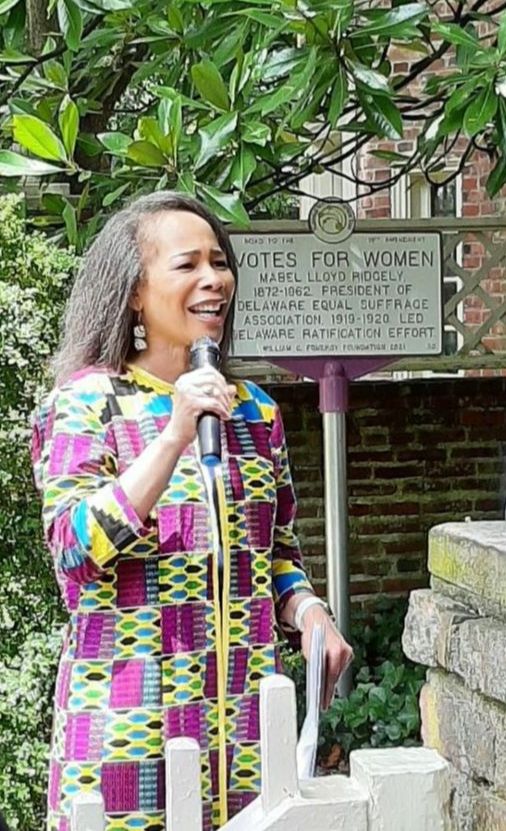 Other speakers contributed summaries of the National Votes for Women Trail project and the William G. Pomeroy Foundation’s suffrage marker project. In addition, audience members heard a brief overview of the history of the suffrage struggle in Delaware, with special acknowledgement of the work of Wilmington-born Ethel Letitia Cuff, who taught history at Dover’s State College for Colored Students (now Delaware State University). As a student at Howard University in 1913, Ethel Cuff was a founding member of Delta Sigma Theta sorority and marched with the Delta Sigma Theta contingent in the March 3, 1913 suffrage procession in Washington, D.C.