A marker dedication for Augusta Fleming was held in Erie, on June 24, in honor of the day Pennsylvania became the 7th state to ratify the 19th amendment. 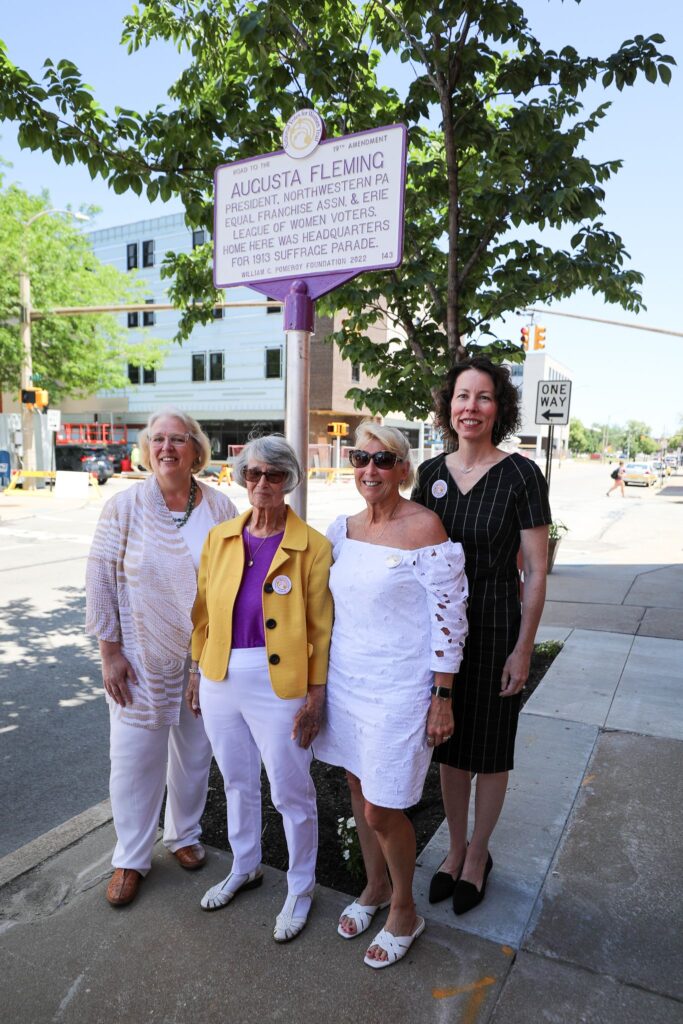 Attendees had the opportunity to go inside Fleming’s home, currently owned by Gannon University and used as student housing. Fleming’s house had been considered “suffrage HQ”. 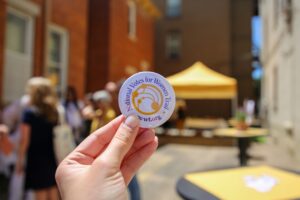 Gannon University was a great partner; they did everything for the event. The City of Erie was also a partner as they owned the bit of land where the marker was installed. Forty-plus people of all ages attended the event. 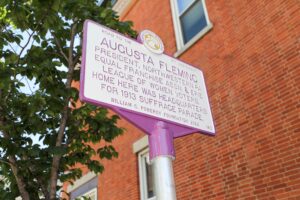