On July 3, a National Votes for Women Trail marker was unveiled to commemorate the Golden Lane in St. Louis, MO. This was the walkless-talkless parade when thousands of suffragists lined Locust Street during the 1916 Democratic Convention. They stood silent to signify that not having the right to vote silenced women’s voices.

A big thanks goes out to NVWT State Coordinator, Cynthia Holmes, for her work on this marker. 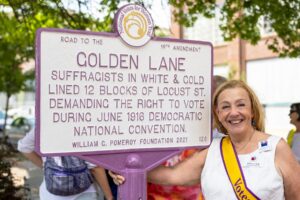 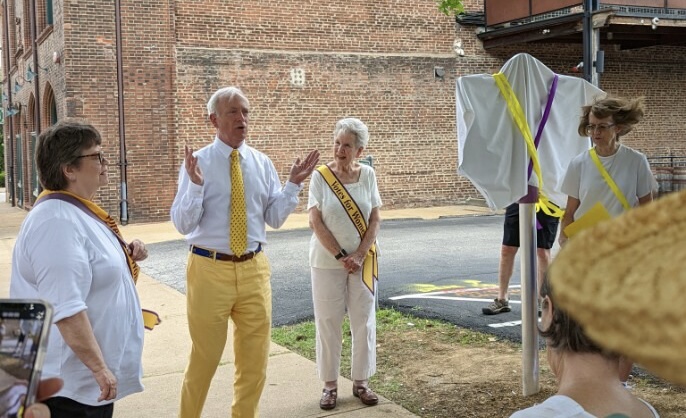