Lizzie Bunnell honored with marker in Peru, IN

By admin2 January 4, 2022 No Comments
The first known women’s rights convention took place in Seneca Falls, NY, in the summer of 1849. The women of Indiana were right behind. In October 1851, they held a convention in Dublin, IN, and formed the Woman’s Suffrage Association of Indiana. They planned to meet again in October 1852 in Richmond, IN. During this second conference they adopted a constitution for their new organization and among the signers was a woman named Lizzie Bunnell. 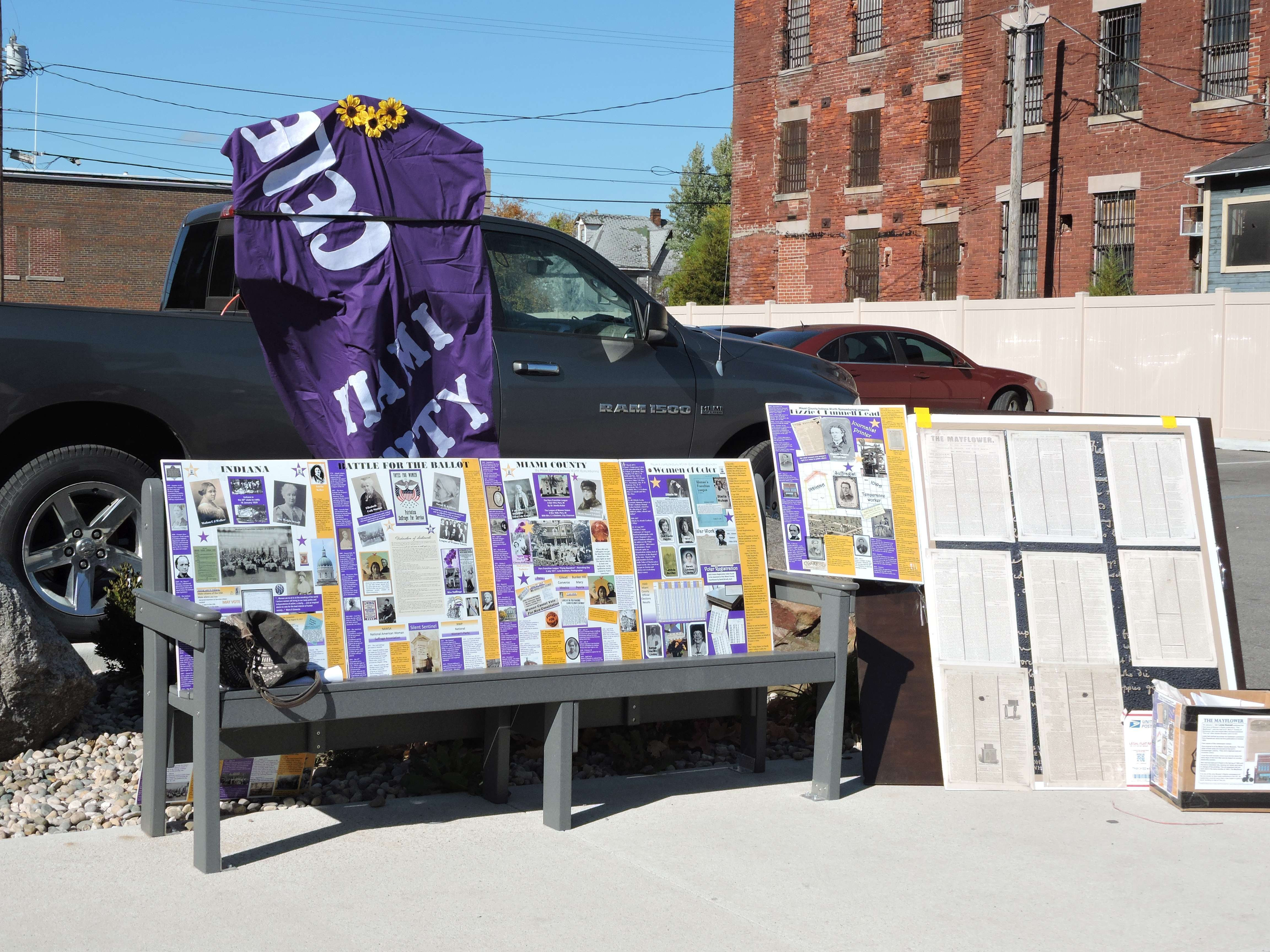 (The marker was covered with the banner made for the 2020 parade (that never happened due to COVID) by the Psi Iota Xi sorority of Miami County. 22 people signed the 1852 Constitution of the Woman’s Suffrage Association of Indiana commemorating the 170th anniversary of the event.)
Lizzie Bunnell came to Indiana with her family in the late spring of 1849. She took up teaching to help her father make ends meet after her mother passed away, then she jumped on a chance to apprentice in a print shop. She liked this much better and in the fall of 1856 she arrived in Peru to work as a printer for Ebenezer Loveland’s newspaper The Peru Republican.
In May 1857, Lizzie purchased Lot 223, now known as 20 E. 5th Street. It was not common in those days, to have a woman buy property. 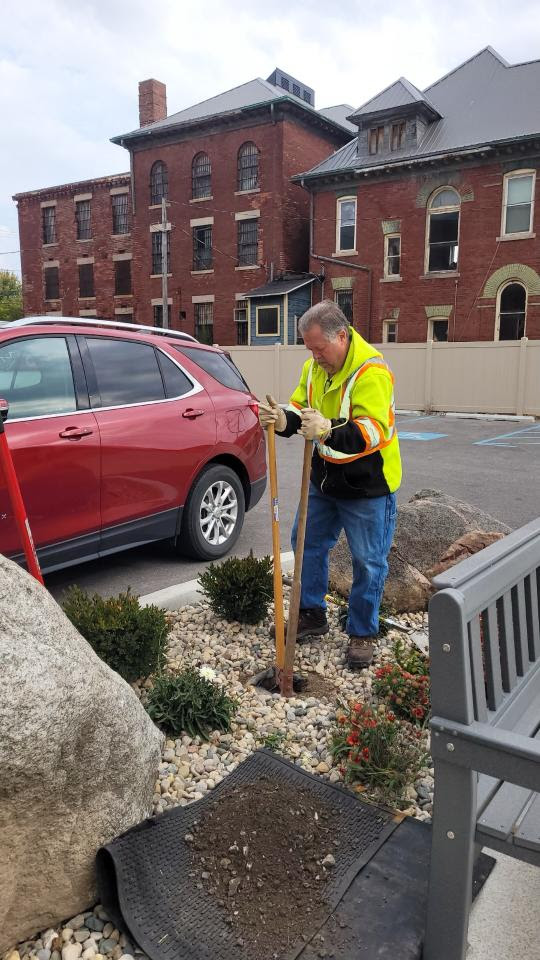 Lizzie worked for The Peru Republican until the end of 1860. Dr. Mary F. Thomas had approached Mary Birdsall about selling The Lily to her and Lizzie. Amelia Bloomer first published The Lily right after the Seneca Falls convention. She had sold it to Mary Birdsall when she moved to Iowa. Mary Birdsall would not sell The Lily. 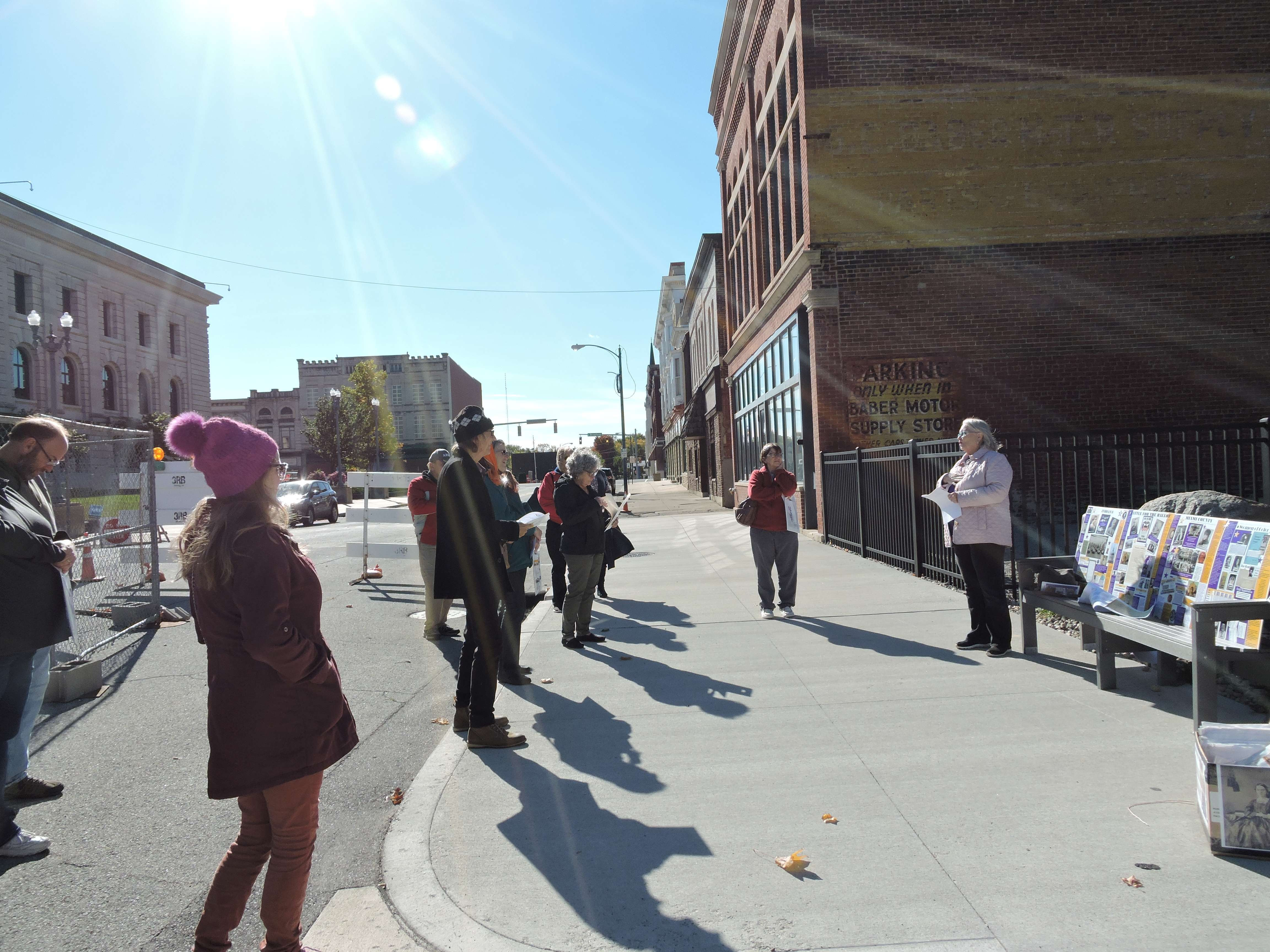 Mary Thomas decided to back Lizzie and together they launched The Mayflower on January 1, 1861, and  Amelia Bloomer openly endorsed The Mayflower as the legitimate successor of The Lily. The Mayflower was published twice a month. There are only 32 copies known to still exist; 31 copies can be accessed online from the Harvard University site. The March 1, 1861 issue was rediscovered at the Miami County Museum in 2020 and is now on exhibit on the  first floor. Lizzie’s own extraordinary story is found nowhere in the History of Miami County. Nothing about her newspaper either. Yet the records show, she was here. She did print the paper here. 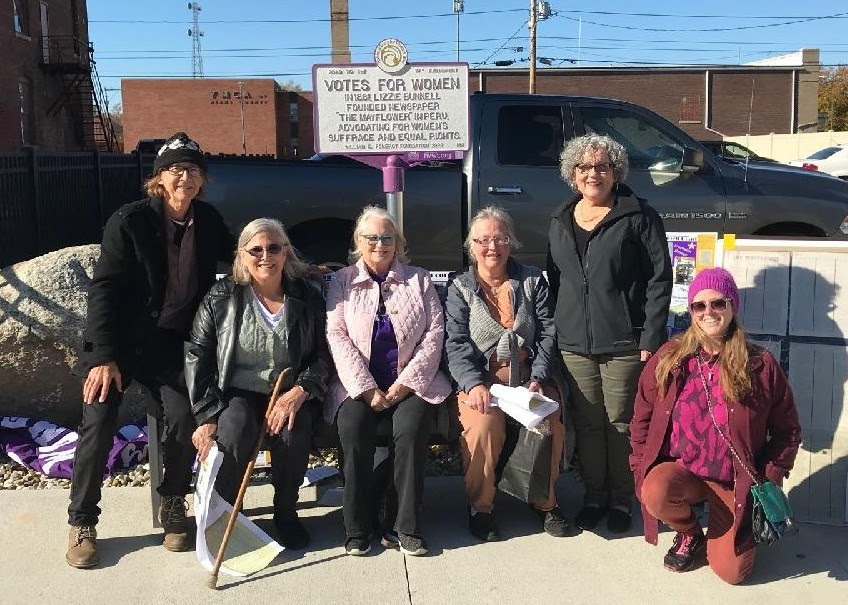