Hit enter to search or ESC to close
ArchivesFeatured PostNewsTrail

On Sunday, March 24th at 1:30 p.m. 2019, the St. James African Methodist Episcopal Church located at 124 E. Walnut Street in Danville, KY sponsored a dedication ceremony for a National Votes for Women Trail Pomeroy marker honoring Dr. Mary Ellen Britton. In addition to Rev Ralph Smith and NCWHS President Marsha Weinstein the dedication ceremony featured Dr. Karen Cotton McDaniel. Dr McDaniel is a historian and co-editor of the highly acclaimed Kentucky African- American Encyclopedia; and, she is an expert on the history of black women in Kentucky.

The Pomoery marker showcases an important site in which Dr. Britton rallied teachers to support women’s suffrage rights. Her speech was titled, “Woman’s Suffrage: A Potent Agency in Public Reforms,” and she told her audience that women would bring a strong moral influence to politics if given the franchise and allowed to serve in elected offices. She emphasized black women’s right to the vote since they were taxpayers too, and that men of honor should change the laws that denied “wives and mothers their just rights.”   Given the difficulties in black men’s access to the voting booth and the racial violence of the times, this speech was considered very radical for the times. The Kentucky Colored Teachers Association convention met at this church in July 1887 and she gave her suffrage speech on July 7th. 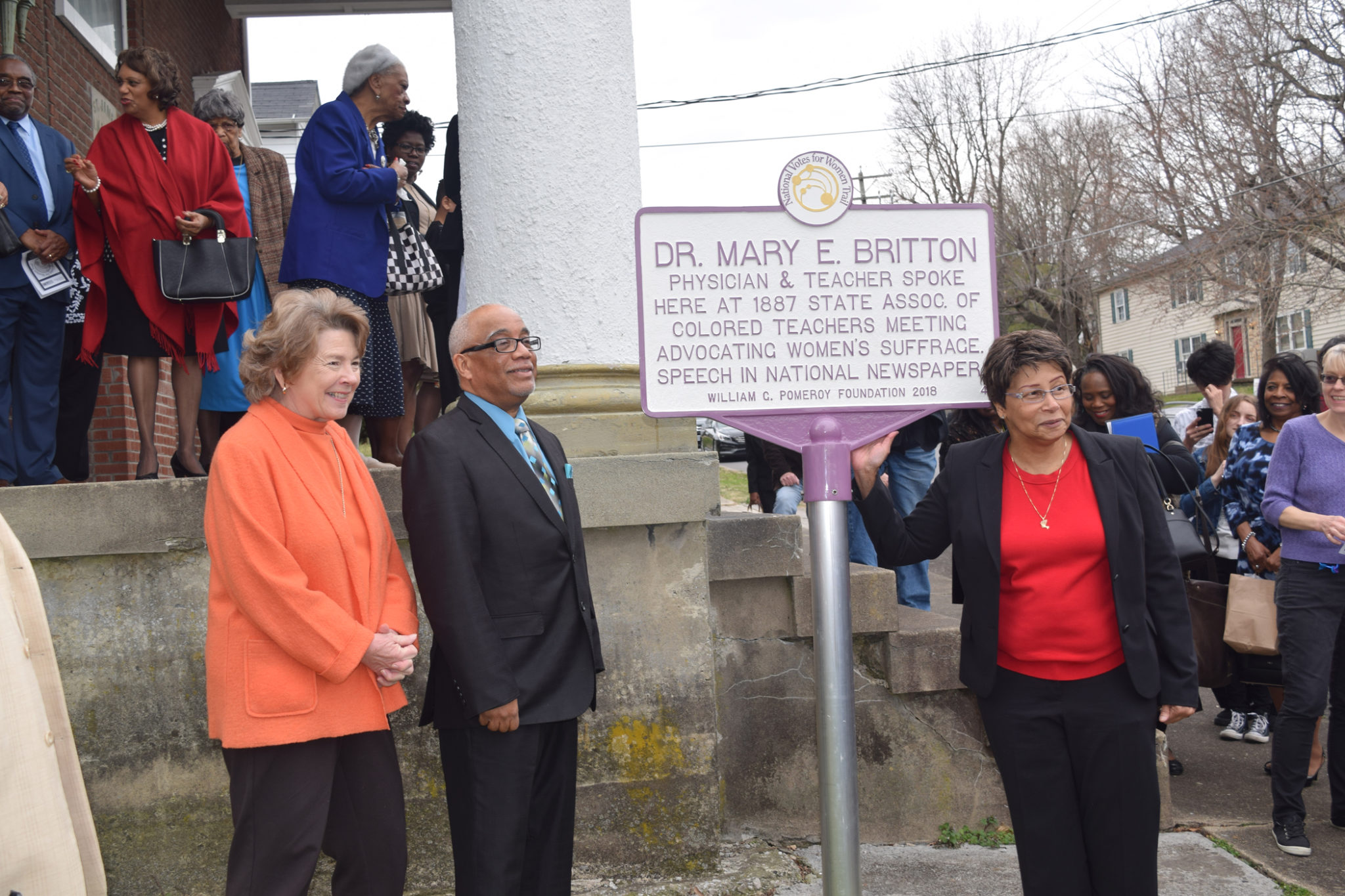