The Evanston Women’s History Project held the dedication of the National Votes for Women Trail Marker for Catharine Waugh McCulloch on Saturday, October 30th at 11 am in newly renovated McCulloch Park. 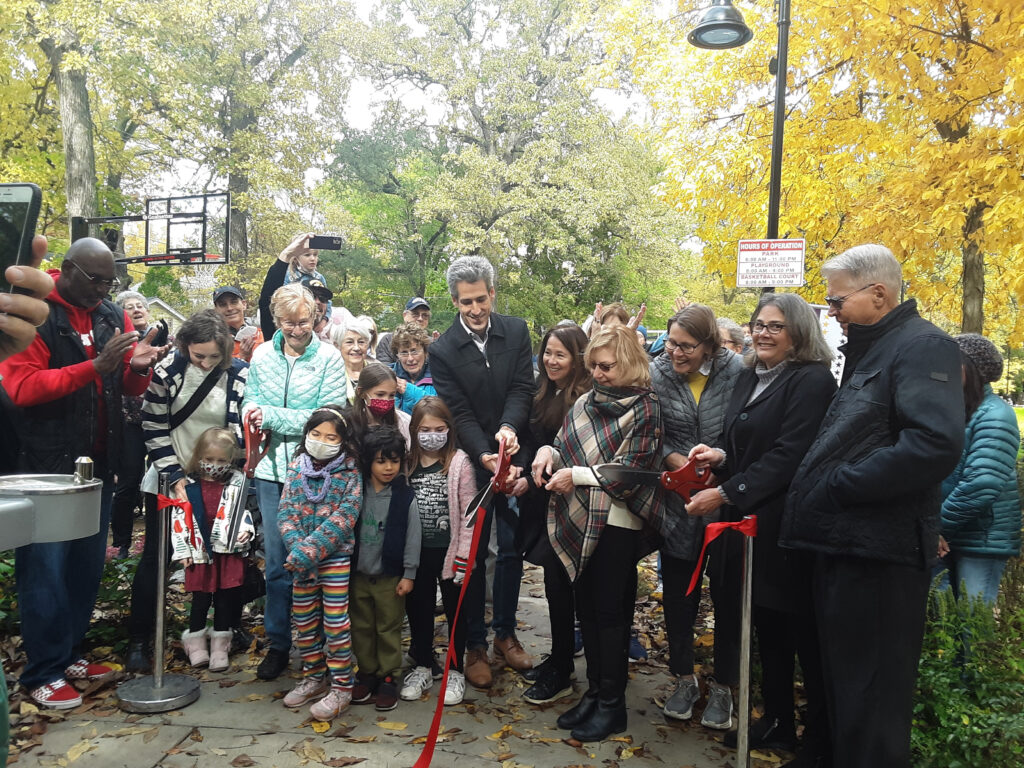 Catharine Waugh McCulloch was a lawyer, suffragist, political activist, and life-long supporter of women’s rights. She was one of the first women in the U.S. elected as Justice of the Peace, where she served in Evanston from 1907-1913. McCulloch served as Chair of the Legislative Committee of the Illinois Equal Suffrage Association for 22 years, and later as its President. She also served as legal advisor (1904-1911) and vice-president (1910-1911) of the National American Woman Suffrage Association and Legal Counsel to the National Woman’s Christian Temperance Union. McCulloch lived in Evanston for fifty years, from 1895 until her death in 1945. McCulloch Park was named in her honor by the City of Evanston in 1975.

Evanston was home to many suffragists and its critical role in the state and national suffrage movement was documented and highlighted in 2020, the 100th anniversary of the 19th amendment. One of the projects that connected Evanston with the commemoration was the National Votes for Women Trail. A project of the National Collaborative for Women’s History Sites (NCWHS), and funded by the Pomeroy Foundation, the trail includes historic markers placed at sites significant to the suffrage movement in each state. Three markers have been placed in Illinois – in Chicago (Alpha Suffrage Club), in Oak Park (Grace Wilbur Trout), and in Lombard (Ellen Martin). The fourth site is in Evanston at the public park named in McCulloch’s honor and is part of a planned renovation of the park. 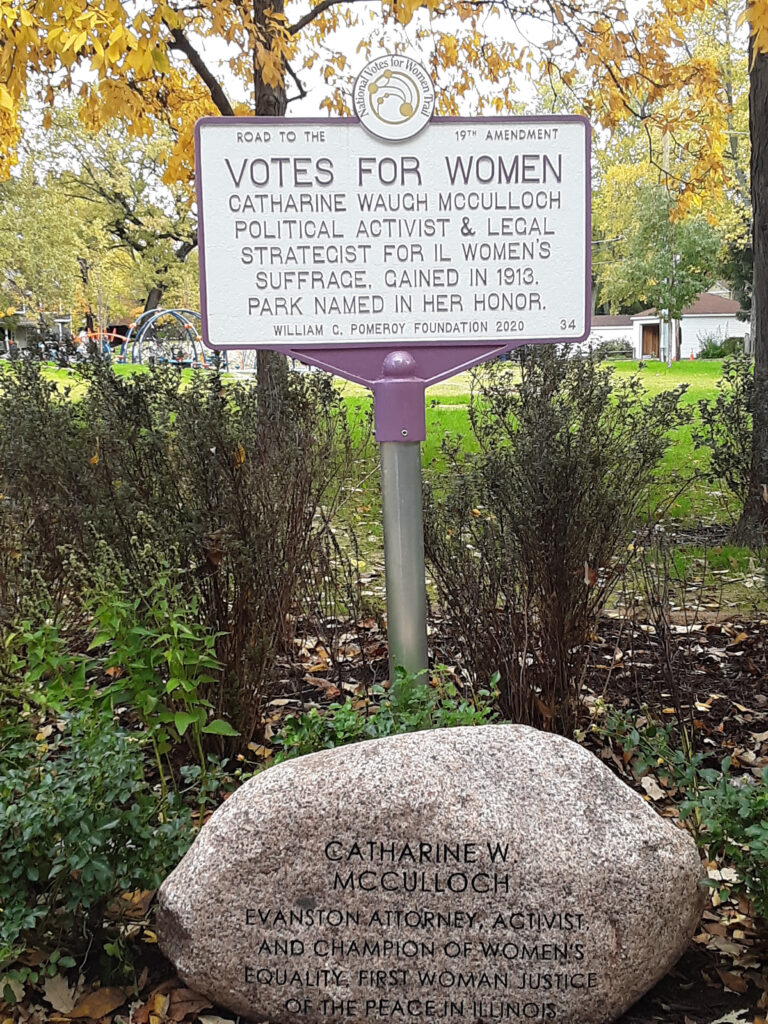 The Evanston Women’s History Project at the Evanston History Center led the local project with EWHP Director Lori Osborne as Illinois coordinator. The League of Women Voters of Illinois and Evanston were key participants, along with many Evanston-based nonprofits and organizations. The EWHP is also the coordinator of this website.