By admin2 March 22, 2021 No Comments
On Friday, March 5, a National Votes for Women Trail Pomeroy marker was dedicated in Dunedin, Florida, the first in the state. The marker honors Elizabeth Skinner. 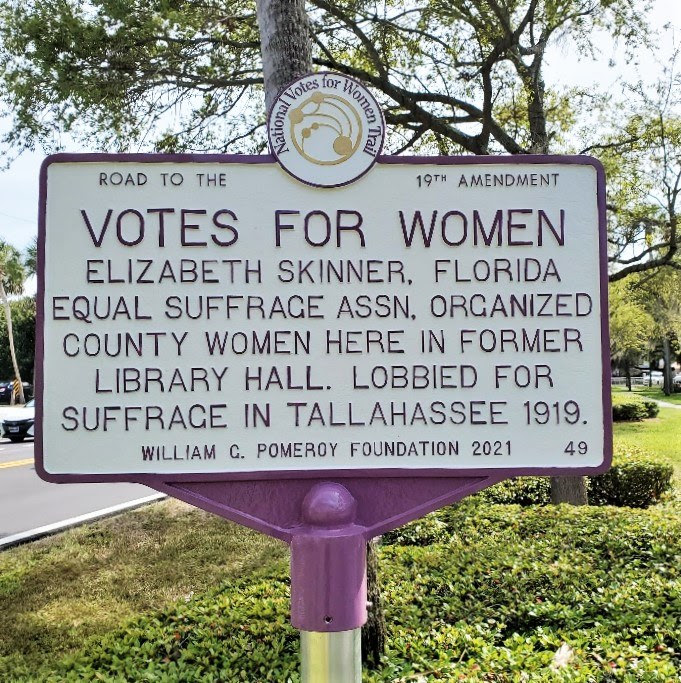 In attendance were the General Federation of Women’s Clubs North Pinellas Woman’s Club and members of their Women’s History Committee, led by Killian O’Donnell, who was the nominator and the State Coordinator to the NVWT, Judy Wellman, Chair of the NVWT Advisory Committee, and Sharon and Gordon Smalls representing the Pomeroy Foundation. There were also members of the Skinner family at the event. 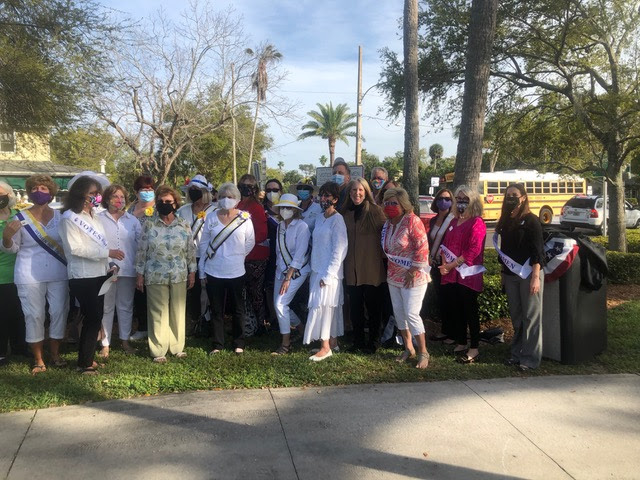 Florida native and suffragist Elizabeth Skinner Jackson helped lead women in Pinellas County to organize the Florida Equal Suffrage Association at the former Library Hall, which stood nearby. She served as president of the organization and, in 1919, travelled to the state capital in Tallahassee to promote and present the topic of woman suffrage to the state legislature. For more about Elizabeth Skinner, click the link for the bio handout: Bio Handout from Event.
Donate to NCWHS Donate