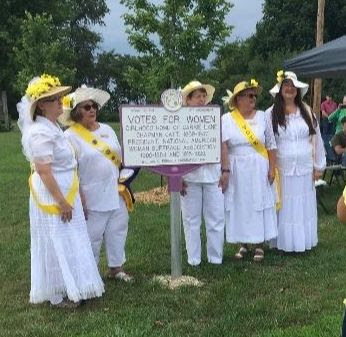 The trail marker was draped with a replicated suffrage flag and tied with yellow ribbon. Individually wrapped cookies, which featured a yellow rose frosting design, and bottled water were served during the reception which was held prior to the dedication. We had over 60 people attend the event, local newspaper coverage was excellent and the guests appreciated the ceremony. 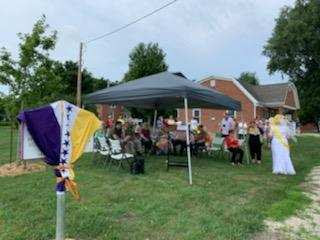